Longwires, Verticals, and Baluns shows how unbalanced antennas can have similar problems

Balun and Core selection for transformers and baluns

Commonly published information tells us winding a choke or 1:1 balun on a toroid with this special winding technique increases common mode impedance (choking isolation) of an 11-turn balun on a pair of #65 material ferrite cores: 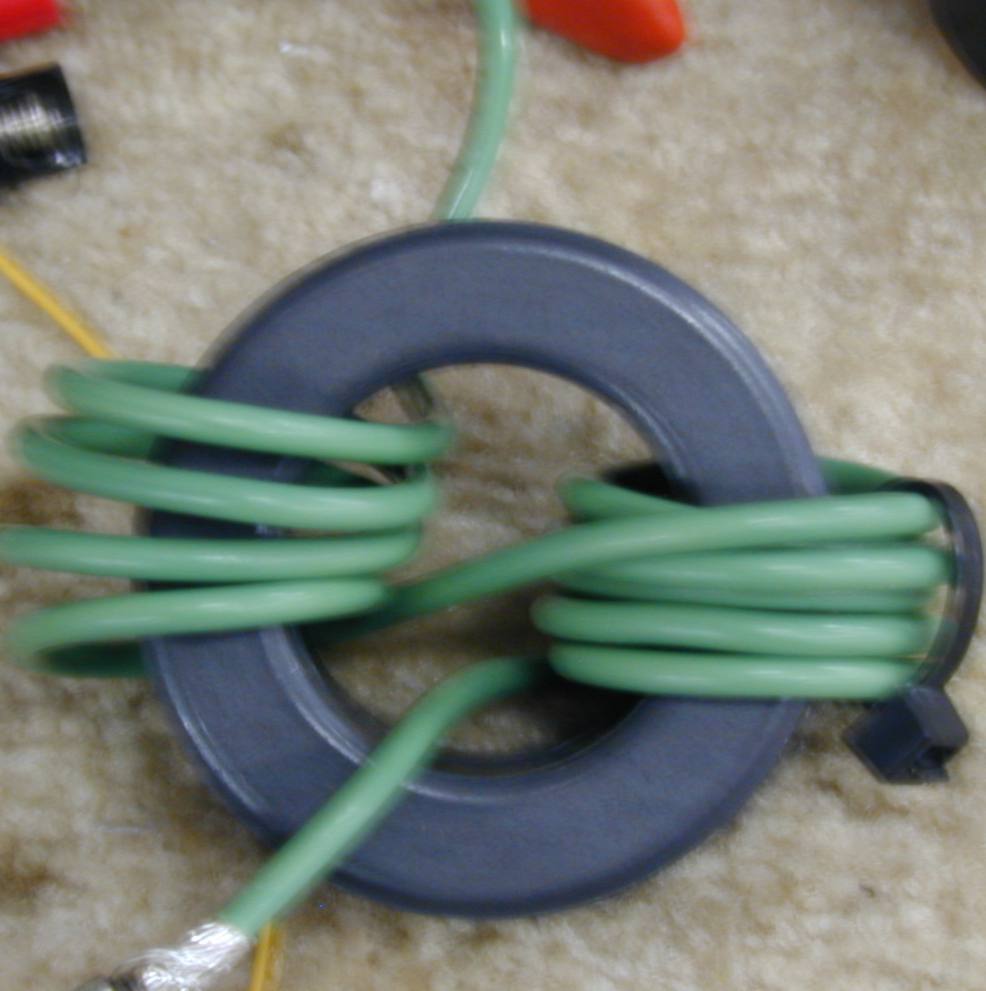 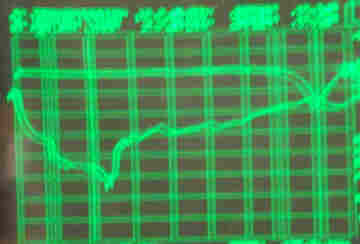 The same core was rewound using a normal parallel winding: 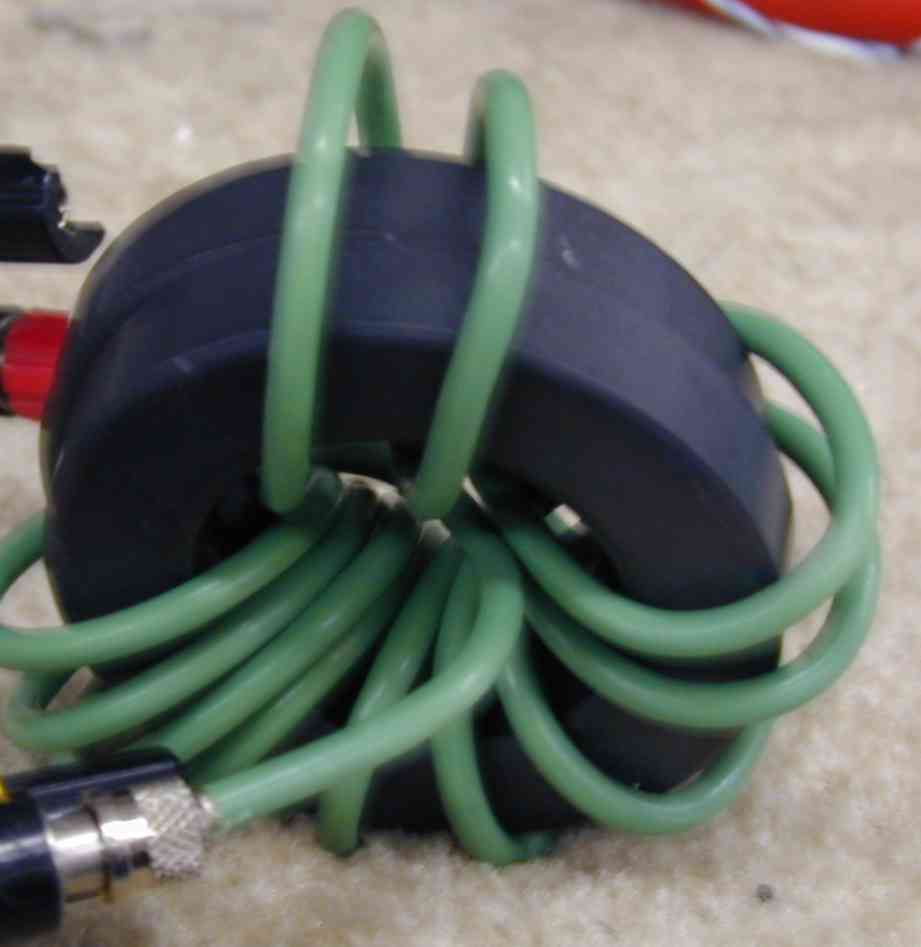 Common mode rejection, compared to the more complex winding, was:

Shunt capacitance is not always a bad thing! While the results vary with the core and number of turns, the more-difficult "split winding" will often just shift peak performance points higher in frequency. Performance in the HF range and lower could actually be decreased with the extra effort resulting in a poorer HF balun.

Common mode impedance, if the impedance is primarily inductive, increases when a slight amount of parallel capacitance is added. Shunt capacitance does not always, as is often claimed, reduce performance by "leaking" RF around a choke.

The rule is simple. With any parallel L and C (neglecting losses), impedance always increases unless the parallel capacitive reactance (in ohms) is less than half the value of the inductance (in ohms). With a choke winding impedance of j300 with an added parallel -j150 capacitive reactance, the combined impedance would be -j300. Impedance is the same value, only the sign changes! Any value of capacitive shunt reactance higher than -j150 (less capacitance value) would actually increase choke isolation!

There are many "improvements" we just blindly accept from reading articles, because on the surface they seem to make sense. This dispels one of the myths about baluns.

Another common myth is the widely accepted claim moving a choke balun to a lower common-mode impedance point of a circuit, such as the input of a tuner, improves balance or balun performance in the system. If you think baluns at the input of tuners are a good idea, go to this W7EL link  and read the section on current baluns. You might be surprised!