811A Tube History and Construction

Changing to 240 does reduce power line voltage drop by increasing line voltage and reducing line current. If you have a marginal power line or are at the breaker limits, 240 is a good idea.

The best way to tell if the line voltage is off, or if you need to change to 240, would be to read the amplifier manual. If your amplifier is out of range on HV reading, or if the amplifier HV sags excessively (beyond manual specifications) when transmitting normally, you should seriously consider 240V wiring.

The actual photograph below shows the buck boost not being used. This wiring setting would be for a nominal 115/230 volts. These pictures ONLY are for examples of jumper wire use. The board used for photo was not in an amplifier. The board has no transformer wires connected up from the bottom so the transformer pads are empty. 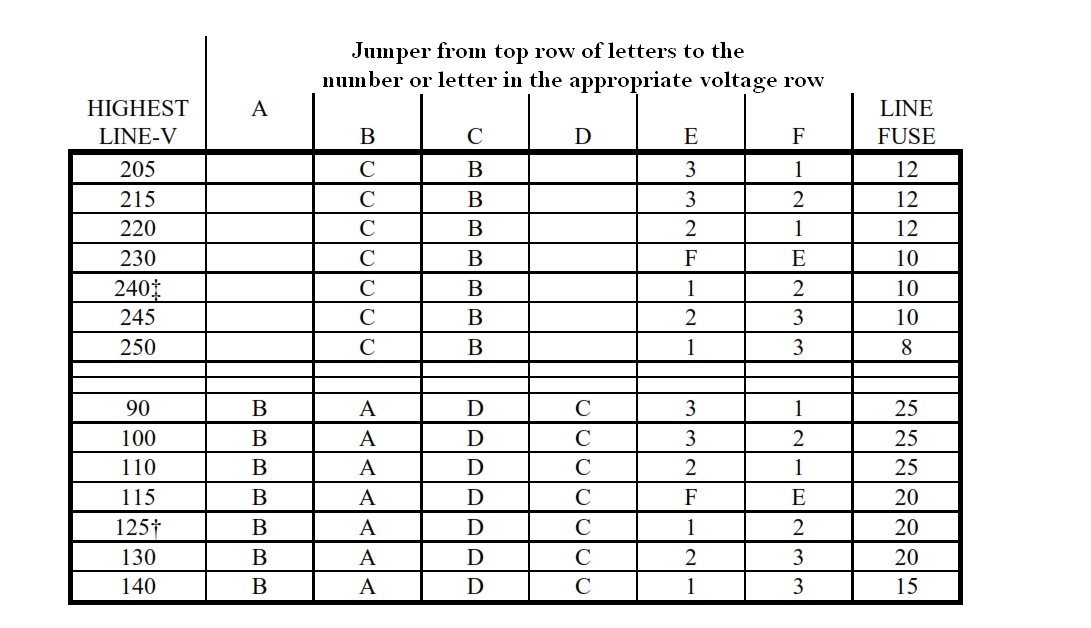 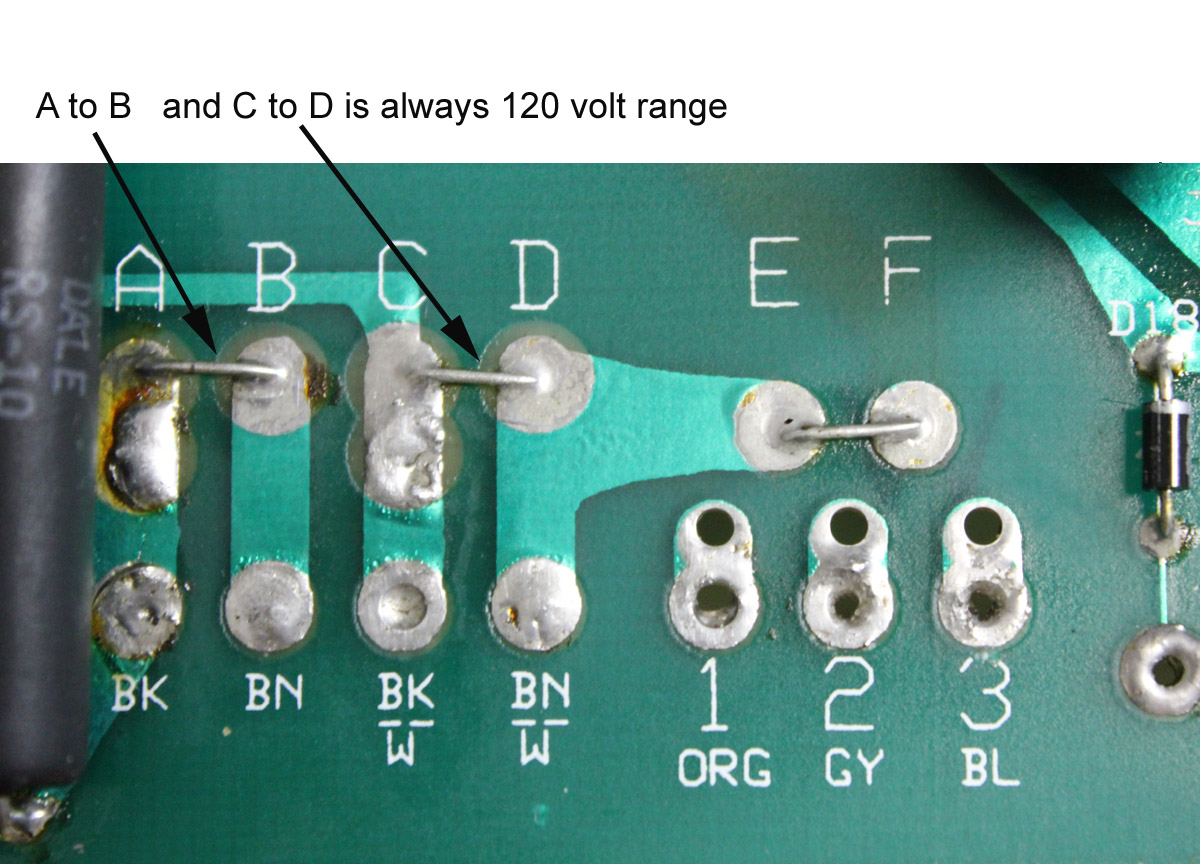 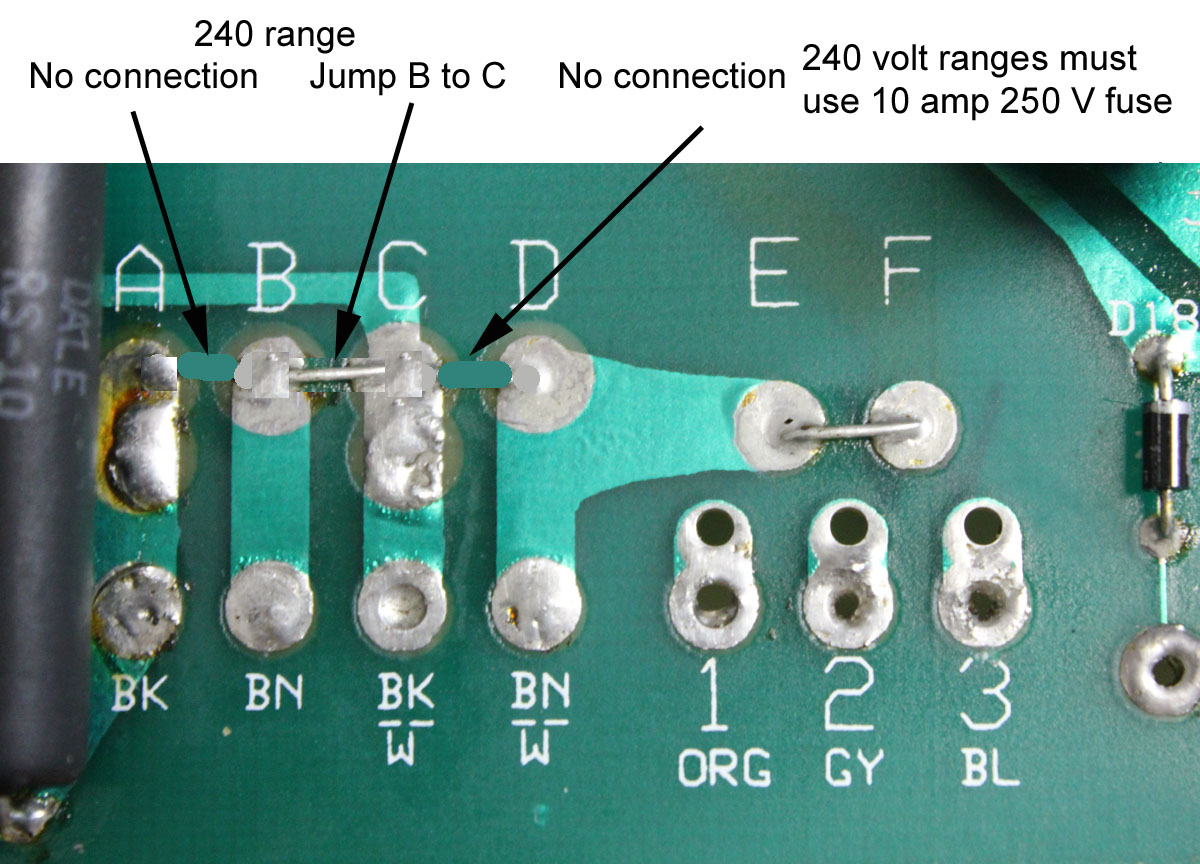 TROUBLE SHOOTING guide below generally applies to many types of amplifiers with suitable part number changes.

(In order of most common occurrence)

Warning! Never test or operate a tube type amplifier with the cover off and HV active! Always replace cover before powering up! Virtually any issue can be located without activation of high voltage on an open amplifier.

1.) Test on SSB using MOX or push-to-talk with no mic gain. With no RF drive power, but the amplifier keyed, the amplifier’s grid current meter deflects about the same as the plate current meter. This is a common problem

2.) Grid meter moves backward, and Ip meter reads forward, with no drive and amplifier in standby

3.) Amplifier blows fuses when power switch is turned on (always use proper 250V fast-blow fuses), blows step-start in other amplifiers

6.) Noise in receiver and/or erratic amplifier meter readings on standby

8.) No receive or weak receive

9.) No or very little transmit power with amplifier on, OK on bypass

§      If the amplifier tunes up ok with the dummy load connected, you have a tuner, feed line or antenna problem

o     Change tuner output to a dummy load, and tune into the dummy load with amplifier in standby.  Now try the amplifier

§      If the VSWR reads ok with the amplifier, you have an antenna system problem

§      Too much solder on male pin will ruin female connector

§      Unsoldered male or improperly assembled male will cause poor connection

11.) Transmitter or transceiver SWR too high through amplifier, should be under 1.5:1

13.) Amplifier does not appear to key, or does not release